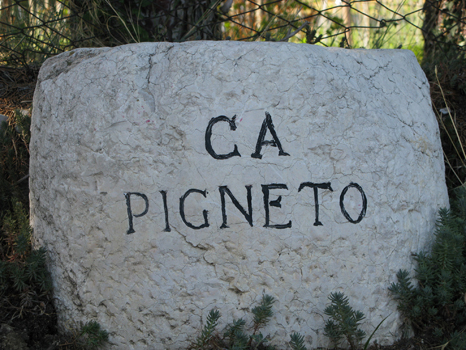 In the travel memoirs of an English gentleman who, following the fashion of the time, had embarked on the Grand Tour of Italy, a number of wonderful pages dedicated to Verona and its surroundings can be read.
Our traveller, staying in the city of the Scaligeri to seek out the enchanting atmosphere described a century earlier by his fellow countryman, William Shakespeare, in “Romeo and Juliet,” took the opportunity to enjoy a few excursions in the surrounding countryside.
On one of these, during a walk on a close, summer day in the hills in the search for cooler air, he called in at a convent of nuns, whose hospitality extended to offering him some fine wine produced by their country folk.
A fine wine, a high hill sloping in the form of an amphitheatre towards Verona, but from which it was still possible to cast a glance towards Lake Garda, a large, centuries-old tree whose shade could cover an area the size of a square in a historic city centre; all these details suggest that this hill, where our traveller passed a few hours of peace and tranquillity before re-entering the sultry heat of the city, was actually Ca’ Pigneto.
Centuries later, the eyes of Count Dionigio Serenelli and his wife, the Baroness, Mary Therese de Lassotovitch, alighted on this hill while searching for a suitable retreat.
The old convent was no longer a religious centre: a few decades earlier, the estate and the buildings had been bought by the Bompiani family, who converted it into a summer villa. Here, the Bompiani, on hot summer days, played host to the Veronese nobility for interminable games of cards in the shade of the centuries-old cedar of Lebanon tree, while the ladies swapped intriguing gossip about the public and secret lives of the leading figures in the world of Venetian high society. The world had changed, the convent existed no longer. A chapel with a fresco of the Madonna remained as a reminder of the property’s past existence as a convent, along with the cedar of Lebanon and, in a corner of the estate, a few old vines that had survived the neglect of time.
The Bompiani had not given them much consideration. However, Count Dionigio Serenelli became enthused with the idea of producing wine from those old vine twigs. The hobby turned into a real enterprise with his daughter, Paola, and her husband, Carlo Adami, a surgeon of international fame, who was the first in Italy to introduce the minimally-invasive endovascular technique designed to cure aortic condition, and so they founded the farm called Ca’ Pigneto.
The determination to cultivate the vines arose from the love of the land, the history of the territory but also a keen awareness of the quality of the wine, an excellent wine that immediately came to the notice of wine and culinary experts.
The legacy of that ancient, abandoned vineyard is now an estate that produces Amarone (the “bitter wine” that Catullus spoke of), Ripasso (which owes its name to the second fermentation obtained from the marc used in the fermentation of Amarone), Recioto, a wine appreciated since the days of Theodoric for the pleasant taste obtained by the withering of the grapes.
These are the most distinctive wines of Valpolicella, the outcome of a process that is organised according to the most modern techniques that focus on emphasising the organoleptic properties, marrying the traditions of the old cultivators with progress in modern techniques.
A third generation has now successfully assumed the running of the company: Angelica, Nicolò and Veronica have picked up the baton of an extraordinary heritage, extending the production in order to carry it to new heights of excellence, promoting it not just in Italy but also abroad, where the “Ca’ Pigneto” is demanded at the tables of the most exclusive wine buffs.